The Secret to Building a Successful Job Board? Smashing Magazine Has the Answers

Building a great job board website can be tough, but it’s a challenge that’s worth taking on. You start by creating an awesome resource for your audience. Then, as you continue delivering the best content, you become a truly trusted and valuable website.

When you’re established, it’s a natural extension to add a job board where applicants know they will find work, and recruiters trust you to attract the best talent.

That’s a philosophy at the heart of Smashing Magazine, the most complete and useful resource for web designers and developers everywhere. In addition to being a “one-stop shop,” a leader in the space, and a great community for all things web-related, Smashing Magazine has built a thriving job board.

We sat down with Smashing Magazine CEO, Markus Seyfferth, to talk all about Smashing Magazine, its success, how they built a job board, and the secrets to making it successful. Our interview follows, lightly edited for length and clarity. 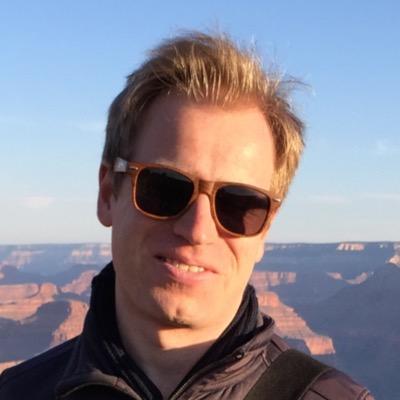 Expertise in Your Niche is Vital

Before coming to work for Smashing Magazine, Markus was already working in a related area, producing books as part of a print design agency. It was his work on Smashing’s books that brought him to the attention of the magazine. They offered him a full-time position overseeing the books and the magazine.

“ This was my main task when I came to Smashing four years ago. When I joined Smashing Magazine, the company was in the middle of a crisis that combined declining ad revenues with very high fixed costs. The crisis was one of the reasons the former CEO stepped down, and I became the CEO of Smashing only six months after joining the company. ”

Markus believes it’s important to have deep insight into the industry, that way you can understand what candidates and recruiters need, provide truly valuable resources, and share unique content that draws in your desired audience.

Having expertise in your niche, and building out a great website from that is one of the most important ways you can differentiate yourself from your competitors.

Do One Thing, and Do it Really Well

The concept of providing value is crucial to creating a successful website and job board. Markus and his predecessors built Smashing into an incredible web developer’s resource and he sees the job board as a useful addition to that — not the other way around.

“ Smashing Magazine is an online magazine for web designers and web developers. Smashing was founded 11 years ago. 11 years in the web world is like an eternity. ”

But, Markus knows what really drives the internet!

“ Back in 2006, when Smashing was founded, it was still a time before social media was a major force. The web mostly consisted of personal blogs, many of which were about personal stories and cats! That’s why Smashing decided that if we have a mascot, it had to be a cat. We are currently working on a redesign of our website and job board, and it will contain many, many cats. In fact, there will be more than 50 cats distributed through all the different pages, and the person who is able to find them all will win a prize! ”

Despite the internet and its love of cats, Smashing quickly found a gap in the marketplace — a lack of really useful, technically competent, innovative approaches to web development.

This is why one of the most important considerations for any online entrepreneur is finding the right niche. It’s only through extensive research and learning how a niche is currently served that you can provide a powerful and compelling alternative. 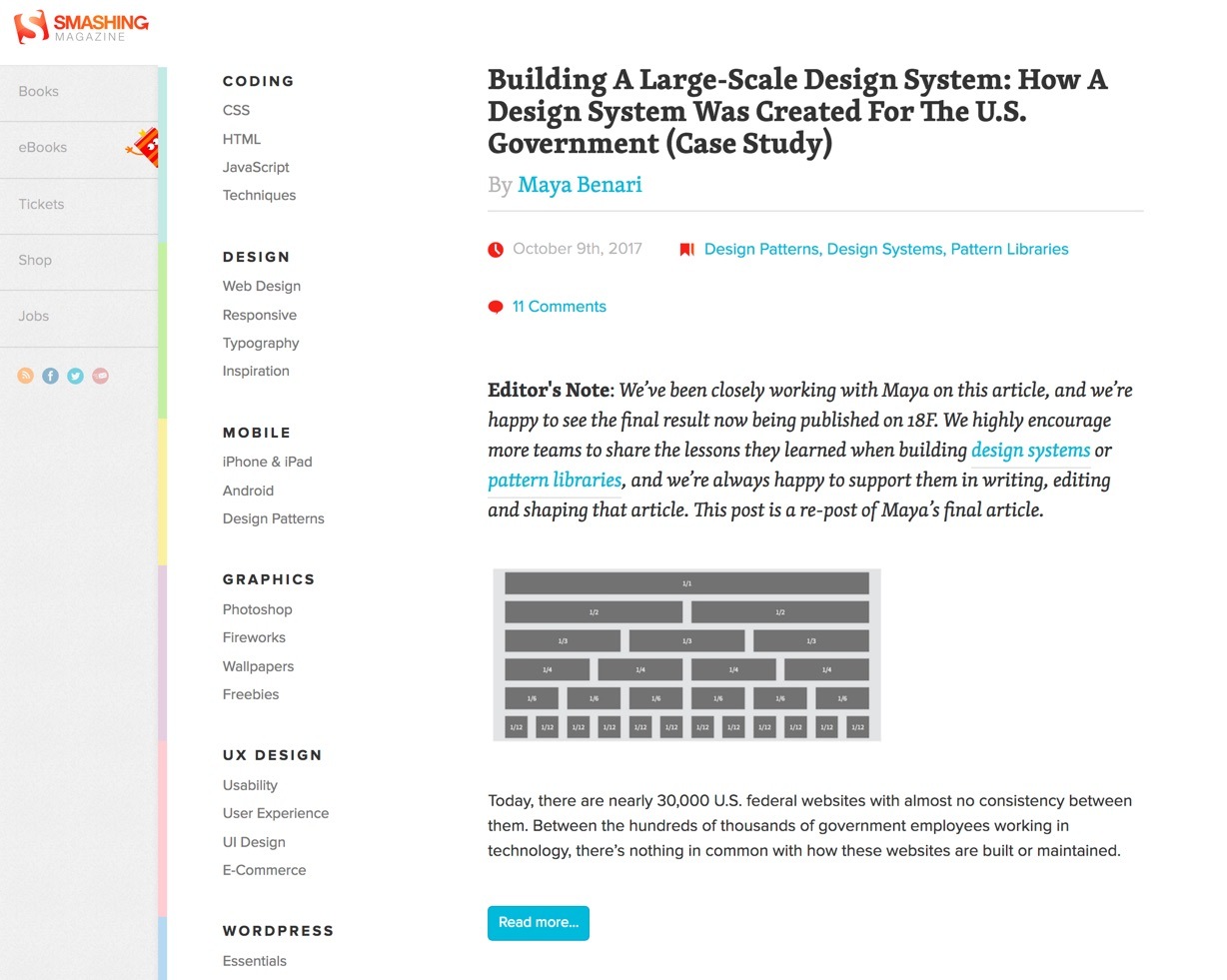 You’ve Got to Be Unique

Successful businesses often have a unique or unusual approach, product, background, or solution. This was crucial in the early days of Smashing Magazine, and helped it to get noticed. It made the website a powerful online destination for the people who needed what they were providing.

“ One of the things that makes Smashing Magazine so successful is that there are only a handful of magazines out there who are a reliable resource. All the articles we publish are technical reviewed, and we really care about the information we provide being 100% correct.

There are countless blogs about web design techniques, but often they have flaws or share incorrect approaches, ideas, or techniques. At Smashing Magazine, we’re professional web designers, first and foremost. We know our audience too, we’re not publishing articles for general business owners, or people who don’t know how to build a website.

But, if you’re a professional web designer, if you’re making a living from building websites, Smashing is the place to go.

The other unique aspect of what we do is that we don’t charge anything for our articles. All the tutorials are available for at no charge. It’s all free and accessible content, but we also put money into making sure everything is easy to read and is technically accurate. ”

One of the most important shifts in thinking for a job board owner is to see the job board as secondary to the content, not the other way around. You should first focus on creating awesome content and promoting it — this helps you attract an audience.

After you’ve done that, you can add in a job board to create a complete resource for recruiters and applicants.

A Job Board has Been a Great Addition to Smashing Magazine

As a central resource for web developers and designers, adding a job board to Smashing Magazine just made sense. It provides both a great way for applicants and recruiters to connect, and for Smashing Magazine to monetize outside just advertising or selling books and eBooks.

“ The job board was created eight years ago. One of the reasons why we created it was that we wanted to monetize Smashing in different ways. Back in 2009, we tried to find different ways of diversifying our revenue.

We did that in several ways — starting a series of Smashing books, running conferences, and starting a job board.

Just relying on advertising to run a website is dangerous, so having multiple sources of income is essential to long-term survival and growing the business. ” 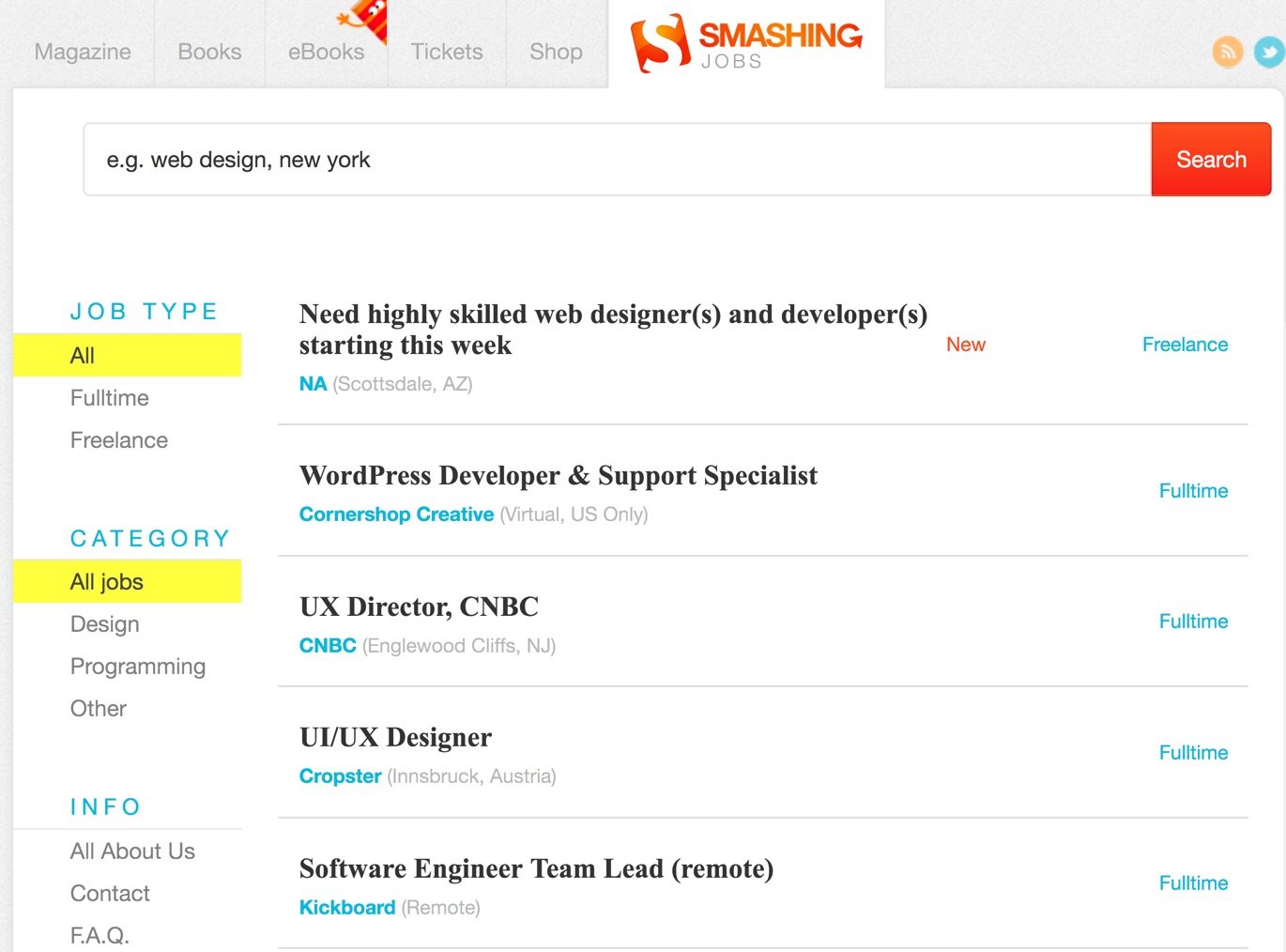 We recommend that all entrepreneurs diversify their income as much as possible. We’ve shared plenty of ways to monetize your job board website.

But, Starting and Maintaining a Job Board Isn’t Always Easy!

Technology evolves rapidly. It’s why you have to stay on top of changes in the marketplace, and update your website, back-end software, and job board to keep up. This is something Markus has experienced first hand, as they migrated Smashing Magazine off of its old platform.

“ One of the challenges we face with our current, legacy system is that we are still using three different platforms to run Smashing Magazine. We have a WordPress blog, a Shopify shop, and a third Ruby-based platform to maintain the job board.

Supporting three different platforms comes with a big maintenance overhead, and it means that every change to the site has to be done three times, which creates a lot of work. We are relaunching our site to unify all the different areas of the magazine into just one system. ”

This is something we really understand at Smartjobboard. It’s why we’re updating our software all the time to make it as easy as possible to use, and to eliminate any maintenance overhead.

Getting Around the “Chicken and Egg” Problem for Job Boards

One of the main issues for new job boards is the “Chicken and Egg” issue — attracting enough recruiters and enough applicants to make it worth everyone’s time. It’s a particular problem for “two-sided” marketplaces. Fortunately, it wasn’t a huge issue for Smashing Magazine.

“ Smashing Magazine was founded three years before the job board went live. That meant we already had an active, engaged audience of web developers and potential recruiters. With our new job board, we’ve made sure that we have example job postings and backfill. ”

Even though it wasn’t a big issue for Smashing Magazine, Markus still has some insight for aspiring job board entrepreneurs on how to solve the issue.

“ Of course, if you are starting a new platform from scratch without any previous or existing traffic, it will be a much more difficult. But even then, you would still implement a similar strategy — you can ask some companies if they would be interested to post a job listing for free on this new site, and once you have, say, 20 new job listings on this new platform, then it’s time to go live. ”

We know how much of an issue the chicken and egg problem can be, and we have some great suggestions on how to solve it.

One of the main areas that Smashing Magazine has been focused on since the beginning is building up its email subscriber list and social media following. 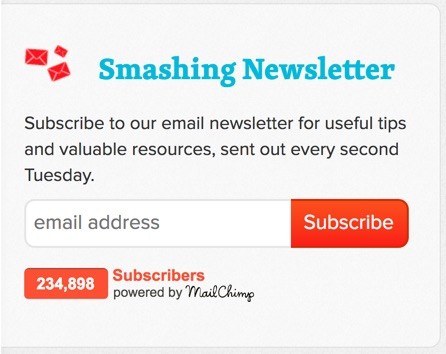 “ We have two main marketing channels. One is our newsletter, that has more than 200,000 subscribers, who are all coming from the web developer and web design world. It’s a highly specialized group, and a very advanced readership.

Search Engine Optimization, influencer marketing, social media marketing, link building, and guest blogging are all great ways to promote your job board and enhance your marketing.

There Are Constant Challenges in Growing a Job Board

Even a website as popular and long-lasting as Smashing Magazine does run into issues, especially with reduced job listings and declining revenues, mainly due to competition.

“ I know from my connections in the industry that many are fighting decreasing revenues. There are new job boards popping up every month or so. I would say that the same market is constantly being diluted and diversified through more and more job board websites. ”

But, Smashing Magazine relishes the challenge. As Markus points out, it’s all about getting a competitive advantage.

“ What makes Smashing unique is that we have a very mixed but still a very specific audience. We cater to both web designers and web developers.

The majority of our competitors focus much more on a niche inside a niche audience, for instance, CSS Tricks, who are focussing mostly on technical tutorials on CSS.

Smashing, on the contrary, has a much wider approach, frequently publishing articles both technical but also UX design tutorials. It’s vital to understand what your audience needs, and deliver that. Thanks to our diversified readership, we are able to drive a lot of traffic to the job board as well. ”

Finally, we asked Markus how Smashing Magazine is doing, what their job board numbers are, and their plans for the future.

Clearly, that’s already a good amount of success, but Smashing Magazine isn’t sitting on its laurels. Markus gave us some insight into their future plans to grow the job board.

“ We’re going to make the job board more visible in all the conferences we are running. They’re a natural way to connect companies with possible new employees. Our conferences will make it easier to bring sponsors, vendors, recruiters, and together, and perhaps create the perfect match at our conferences directly. ” 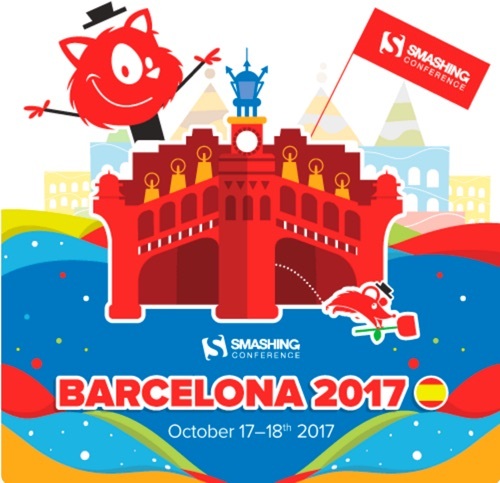 There we have it — some insider knowledge on how an already successful website found its niche, created awesome content, added a job board, dealt with challenges, and is growing for the future.

We’d like to thank Markus for his time — if you’re a professional web designer or developer, go visit Smashing Magazine now. They have an amazing selection of in-depth technical articles, some great books and eBooks, conferences and workshops, and of course, a job board where you can find the perfect role!

Rodion Telpizov is the CEO & Founder of Smartjobboard (job board software) who loves to build awesome websites. 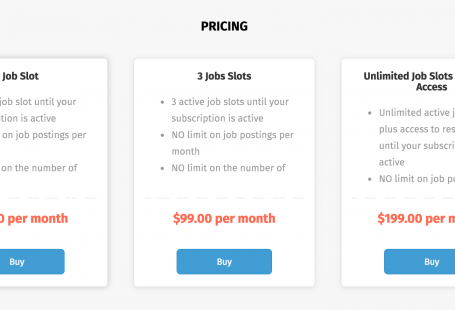 Recurring Billing Option And Other Updates 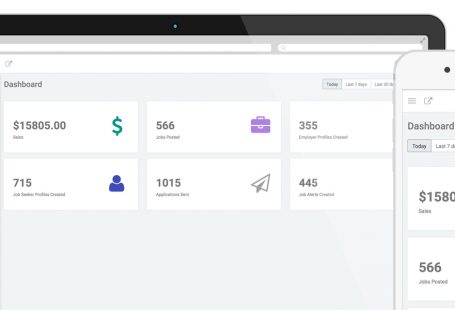 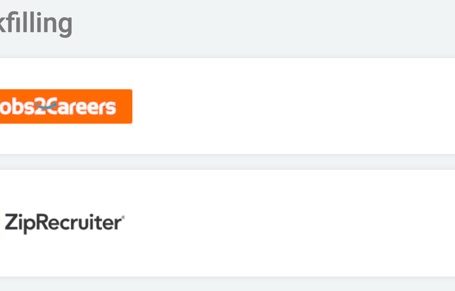